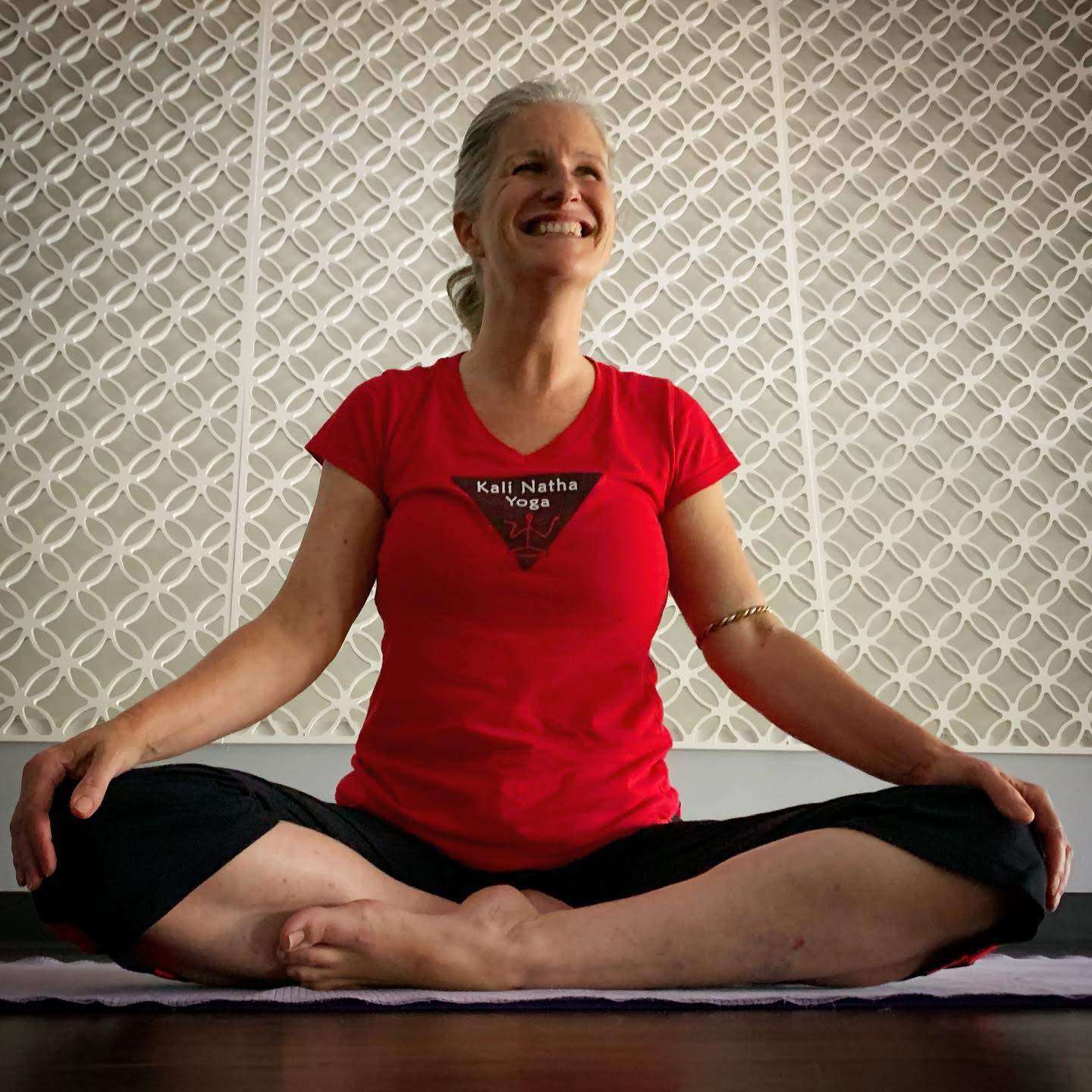 My back hurt all the time. And I mean every second of the day. I couldn’t drive or ride in a car for longer than two hours without being in severe pain. I was a trainer at a gym and a young woman shared with me that it had helped her Scoliosis. I also had this issue and it was compounded because when I was younger I was thrown several times from my horse and motorcycle. I had herniated disc’s and my spine was basically compromised structurally.

So I thought ok I will learn Yoga. And that it where it began. I began reading and looking at video’s. There was an older gentleman named Dharmendra that saw me practicing at the gym and offered to help me. Within 3 months I was significantly better. He taught me how to use my breath to allow my body to move deeper into the postures and my body responded by becoming stronger and more flexible. I was no longer in pain. My life had made a huge turn around. The more I practiced the better I felt. 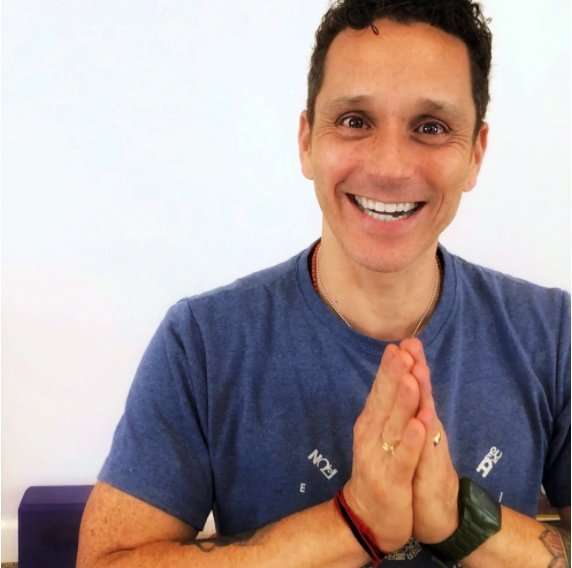 Kevin, known by most as Skanda Kali, met his Guru in 2000, Ma Jaya Sati Bhagavati, his inner path of yoga was awakened. He took his first 200-hour RYT classical yoga teacher training in 2002 and lived in an urban yoga ashram for over ten years, living, breathing and sharing the yogic lifestyle.

He has been personally trained for several years by yogic master Ma Jaya in the teachings of Kali Natha Tantric Yoga and has received an additional 200-hour and 500-hour RYT certifications.

Teaching yoga and meditation since 2002 to all levels, he has also taught yoga extensively in the addiction recovery community.

Today, Kevin continues his spiritual studies with Avani Jaya, “Mama Bear” and is currently studying for a Doctorate in Ayurveda at the California College of Ayurveda.

The transformative power of yoga has been unquestionably the most transforming, joyful, and revealing aspect of the Self. The dance between movement and inner stillness is a way of being, awakening his passion for life while evolutionary growth naturally unfolds. He considers it an honor and a gift to share the yogic teachings so freely shared with him.

A proven path to self mastery
LEARN MORE

One on One or Group Sessions
LEARN MORE

Get Certified or deepen your knowledge
LEARN MORE

Sessions which can be helpful to address concerns about your health developments
LEARN MORE
Soul Medicine, Inc. is a 501(c)(3) non-profit, tax-exempt organization. Donations are tax-deductible to the extent allowed by law.
Click here for more information

How to Change your Frequency

With Mama Bear, hosted by Ellen King of Connecting Consciousness.

To discover where your current frequency is, in this physicality or this life, begin to take awareness of where you find your comforts. What music do you listen enjoy? What type of shows or movies do you watch? Where do you hang out after work? Who do you hang out with? The culmination of these behaviors is where your frequency currently is.

The “I AM Challenge” is one of the simplest ways to start changing your frequency. It is like rewriting old code that your brain is running off of. Ready for an upgrade CLICK HERE to learn how only 5 minutes a day can change your life experience.